Although all the SeaWorld Parks are temporarily closed, the life-saving animal rescue work continues behind the scenes.

Last week, the 12th rescued manatee of the year was brought to SeaWorld Orlando by Florida Fish & Wildlife (FWC). The young calf was found suffering from cold stress. It received antibiotics, was hydrated, and has since stabilised and is doing well. The calf will remain at SeaWorld for the length of its rehabilitation, with a plan to return it to the wild. In addition, another manatee – the 13th rescue of the year – was brought to the park for extended care.

The team is also continuing to return rescued animals that have been successfully rehabilitated. Yesterday, three critically endangered Kemp’s Ridley sea turtles were returned to the ocean off the Florida coast.

They were part of a larger group of cold stunned sea turtles that arrived at SeaWorld Orlando for extended care after beaching in New England during the winter. 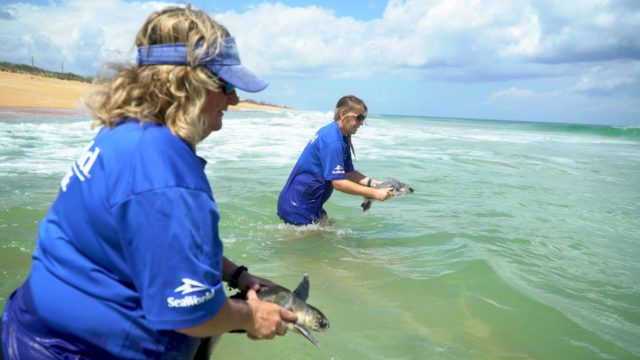 This week, the SeaWorld San Diego Rescue Team rescued a northern elephant seal at Carlsbad State Beach in California. The young pup, which was found lethargic and malnourished, was brought back to SeaWorld’s Animal Health and Rescue Center, where it is receiving supportive care, including subcutaneous fluids and a fish formula specialised for marine mammals. SeaWorld’s animal care experts are optimistic that the seal will be ready to be returned to the wild in 6 to 8 weeks for a second chance at life. 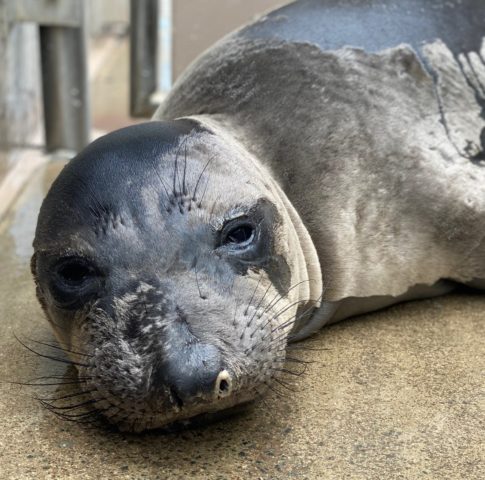 Last week, the San Diego Rescue Team returned five rehabilitated sea lions to the wild, including one that was severely injured by a gillnet wrapped tightly around its neck. The Rescue Team was able to cut the line. After several weeks of rehabilitative care, including antibiotics and wound treatment, the animal returned to a normal weight and activity level, and was deemed healthy and ready to be returned to the wild.

Learn more about our conservation mission.