The SeaWorld & Busch Gardens Conservation Fund is proud to have funded more charity projects thanks to the continued momentum in sales of SeaWorld Parks Extras.

Every pre-booked SeaWorld Parks Extra sold in the UK results in $2 being donated to a UK wildlife charity. In-park experiences, such as Quick Queue Unlimited, SeaVenture and All-Day Dining Deal, can be booked through SeaWorld Parks & Entertainment’s UK website or via any of the Company’s UK tour operators and ticket providers.

Tusk’s project to safeguard the black rhino population in Namibia in conjunction with Save the Rhino Trust Namibia. This initiative helped support monitoring and anti-poaching patrols in the Kunene region to ensure the ongoing protection of the critically endangered black rhino.  Thanks in part to the support from Fun2Fund, this project has made good progress and seen real successes. Patrolling and outreach activities have been increased which, together with improved monitoring and data recording, has contributed to a reduced number of rhinos poached over the 12-month period and an increase in the number of poaching gangs intercepted.

Dave Ody, Director of Sales and Marketing UK & Ireland, SeaWorld Parks & Entertainment, comments: “The Fun2Fund initiative demonstrates that having fun at our parks and caring about the natural world aren’t mutually exclusive. By engaging our guests through exciting experiences, they feel inspired to give back to the environment and Fun2Fund is one way they can do this.  It is a testament to both our visitors and our trade partners alike, that our donation programme continues to go from strength-to-strength. We are delighted to have supported three more charitable organisations and their UK originated projects to help conserve and protect wildlife around the world, as well as closer to home. 2018 sales demonstrate there is continued demand for SeaWorld Parks Extras and we look forward to supporting more vital projects in the future.”

To date, UK conservation projects have included: ‘Wild Winter’ at Chester Zoo - an interactive, immersive experience for young children; the Blue Marine Foundation received funding for a vital project to protect five species of critically endangered fish in the Caspian Sea including the beluga sturgeon - one of the largest freshwater fish in the world and the Horniman Museum and Garden’s ‘Project Coral’ – a breakthrough project which may hold a vital key to saving threatened reefs. 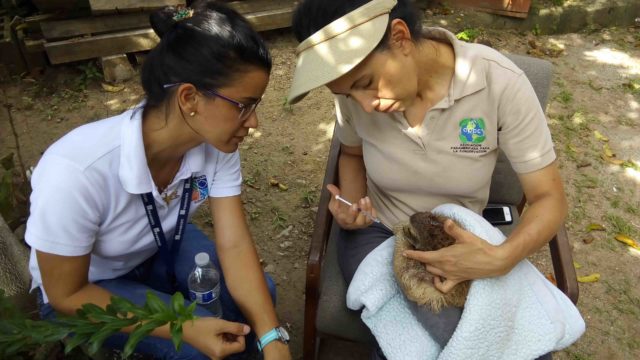