With less than 1,000 Yangtze finless porpoises (YFPs) believed to be left on the planet, SeaWorld, in collaboration with researchers from the Institute of Hydrobiology at the Chinese Academy of Sciences and the University of Chinese Academy of Sciences, has published a new, foundational study in Frontiers in Physiology, establishing an official spectrum for biologists and veterinarians to determine if members of the species are healthy.

With YFPs increasingly exposed to man-made threats in their environments, such as over and illegal fishing, toxic by-products and acoustic pollutants, this study provides essential baseline data to evaluate the health of future populations — a first and foundational step toward reviving a species on the brink of extinction.

The YFP – cousin to the near-extinct vaquita off the Gulf of California – is a freshwater cetacean found in the Yangtze River, Poyang Lake and Dongting Lake in China. Due to pollution, overfishing, hydroelectric dams and shipping traffic, YFPs are listed as a critically endangered species.

Despite the importance of this population, no laboratory diagnostic tool had previously been established to provide guidelines for the health of each porpoise, regardless of sex, age or physiological state. Therefore, off-site conservation efforts were needed to accurately assess the population to ensure future protection.

Informed by years of blood samples collected from 188 porpoises between 2009 to 2017 and 2002 to 2015 respectively, the study establishes the first set of reference intervals for 49 veterinary laboratory tests, providing essential baseline data for future studies on the species.

SeaWorld was invited to participate in this research due to its long history of collaboration in reproductive science, husbandry practices and veterinary medicine. As a world-leading expert in cetacean conservation medicine, Vice President of Conservation Research Dr. Todd Robeck served as SeaWorld’s scientific representative on the study. He helped analyse and interpret the data collected by his peers in China: Drs. Ghulam Nabi, Yujiang Hao, and Ding Wang from Institute of Hydrobiology at the Chinese Academy of Sciences.

“Researching endangered species like the YFP is an ever-increasing challenge,” said Dr. Robeck. “The porpoise’s inaccessibility and insufficient population size limits the amount of biological information we can collect and the development of effective population recovery efforts. But it is critical that we study the biology of all species prior to a point where the population is so severely depleted, they’re unrecoverable.”

“SeaWorld’s collaboration has provided the valuable veterinary and scientific insights needed to effectively advance our efforts and—hopefully one day—treat ailing wild YFPs,” said Dr. Hao. “After the loss of the Baiji, the YFP is the last remaining freshwater cetacean in China, and its status is considered a barometer of the overall health of China’s most important river. The better we understand their health and the factors affecting their survival, the better we can help save and preserve the species and the ecosystems they—and we—rely on.”

Amid heightened urgency for conservation following a UN report citing how human-driven activity may be driving more than a million species to extinction, SeaWorld published a similar study earlier this year on killer whales – another species where select populations are rapidly declining. Informed by decades of killer whale data collected from blood samples of animals at its Orlando, San Antonio and San Diego parks, SeaWorld’s ground-breaking study established the first-ever standards for evaluating the health of killer whales.

Conservation research is a key component of SeaWorld’s larger commitment to conservation and animal welfare and was established as a priority by its founders before the parks opened five decades ago. This commitment includes sharing SeaWorld’s technical, veterinary and scientific expertise, as well as providing unprecedented access to animals to researchers, and funding and supporting field research projects around the world, made possible by the high calibre of care and attention given to the animals in its parks, and the millions of guests who visit every year. The animal health professionals and scientists at SeaWorld have contributed to more than 1,000 studies that advance the global scientific community’s understanding of marine animals.

Watch our Rare Video of a White Shark Heart Beating 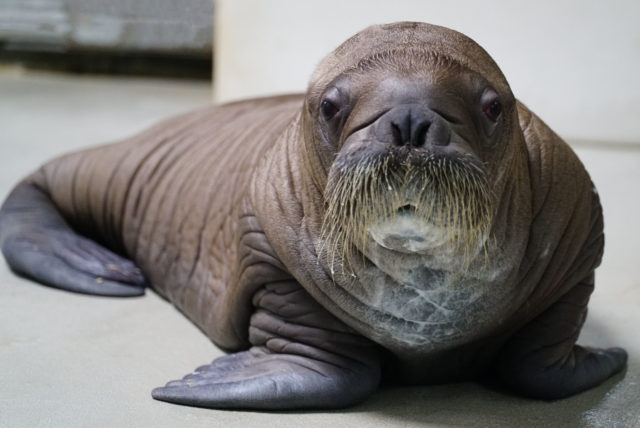 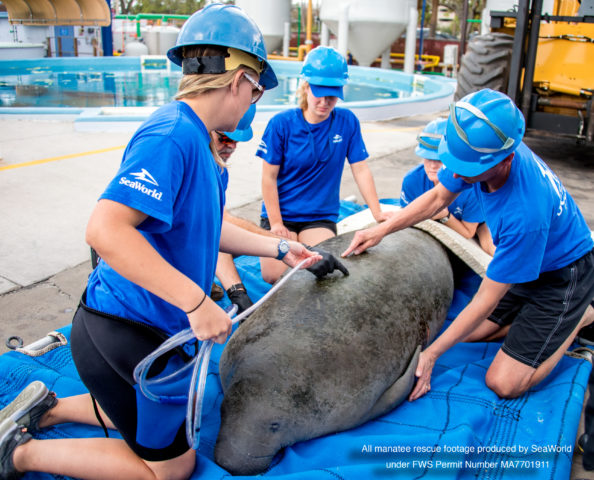 Fifty-Five Years and More Than 35,000 Rescues in, SeaWorld Experts Reveal Threats To Marine Wildlife Are Accelerating